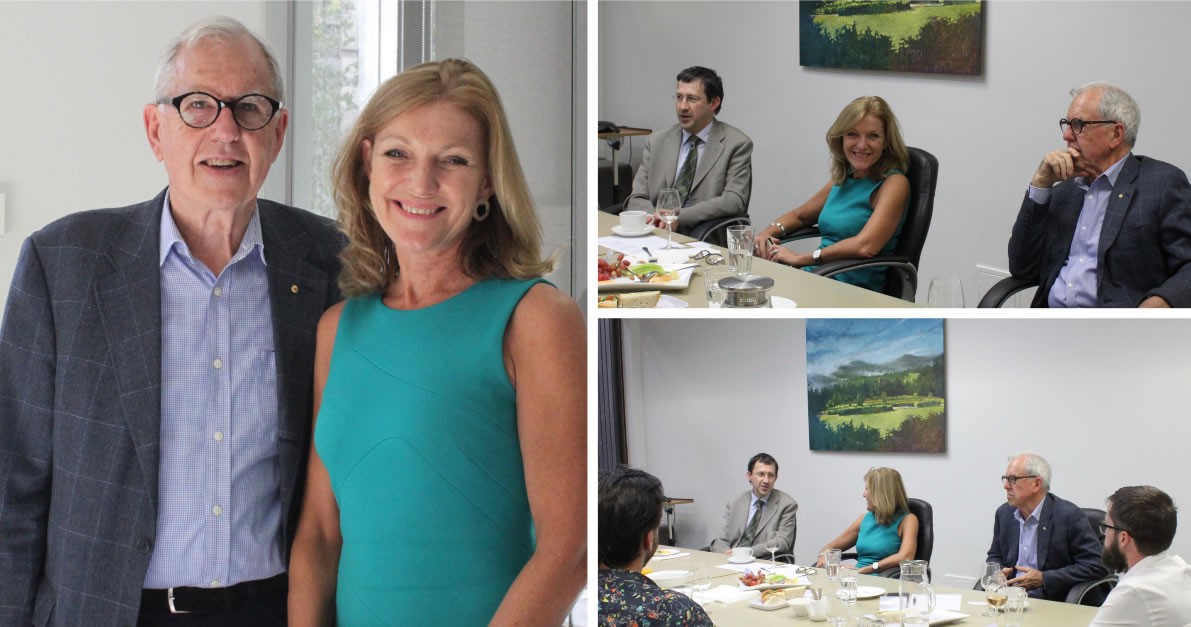 As a key part of our activities, Clifton holds events from time to time with key opinion leaders with a view to helping expand participants’ knowledge and contacts.

In our work in government relations, we know how important it is to understand the dynamics of politics especially with independents and small parties playing a more important role.

Clifton hosted Reason Party Leader Fiona Patten at a small private luncheon recently where she talked to some of our clients and friends about her agenda for the coming term.

Fiona is a member of the Victorian Legislative Council, representing the Northern Metropolitan area. She is in her second term and has distinguished herself by her strong, considered and independent approach to issues.

She has been able to achieve many notable changes to policy – for example the ‘dying with dignity’ legislation, the safety zone around birth control clinics and establishing a trial safe injecting room in Richmond. She has won great respect and influence in the Parliament.

At the luncheon Fiona emphasised her concern about the community’s overwhelming lack of trust in politicians and the adversarial nature of Australian politics. She prefers to describe herself and the other ten independents in the upper house as ‘non-government’ rather than ‘opposition’ as they treat every bill and issue on its merits. The majority of legislation is in fact passed with support from all parties but the community sees the name-calling and attacks of question time as the norm.

Fiona also emphasised the challenge for independent members to research and form an opinion about the many bills that come before the parliament, particularly when there is often very little real scrutiny of legislation in the lower house where government and opposition just speak from their party notes.

Fiona lamented the loss of the joint committee system, recently abolished by the Government, as these committees provided important scrutiny and helped achieve bi-partisan support for legislation.

Fiona is currently focusing on addressing the issue of ‘spent convictions’ so that, for example, a young person convicted of a minor offence can have that erased from their record, if there is no further offence, so that their future career is not blocked.

She is also working hard on the laws relating to cannabis use with a view to Victoria adopting more permissive and health-based policies such as Canada has acheived.

Fiona would like to lift the protective veils that protect religions from disclosing their property and financial activities.

Fiona will be prominent in the Parliament in this term. If you want to learn more about her or the other independents, please don’t hesitate to contact us.

17 December 2019
Advocacy without a target is just hot air
General
Advocacy is an activity by an individual, organisation or group which aims to influence attitudes and decisions within the political, economic, and social systems in which it operates.Clifton and its consulting team have been involved in numerous adv...
Read More
29 October 2019
Should companies take a stand on political and social issues?
General
The key passage in this piece is:'Most importantly, when your organisation takes a stand on a high-profile controversy it should be aligned with your values and operations, and hopefully with the values of your stakeholders. You need to do it for the...
Read More
01 October 2019
MCG welcomes Nick
General

Read More
05 September 2019
Whistleblowing, journalism and democracy
General
This important piece from The Guardian is a stern assessment that all of us dealing with government must keep in mind. This may be good for consultancies like Clifton which have the ability and access to gain a better understanding but doesn’t help g...
Read More
05 September 2019
Swimming Australia CEO in train-wreck TV interview
General
The West Australian newspaper recently sought advice on crisis management from our senior consultant Ken Davis on Swimming Australia's handling of the recent drug scandal. Clifton Group provides risk management advice and training to clients.  P...
Read More